Born with a cleft palate, Bob Wagner’s high school guidance counselor told him that the best he would ever grow up to be was a janitor. Well, Wagner didn’t let this get him down. It’s been 43 years and Bob Wagner’s Flooring America has not only expanded to three locations but has also established the Wagner legacy.

Born with a cleft palate, Bob Wagner’s high school guidance counselor told him that the best he would ever grow up to be was a janitor. Well, Wagner didn’t let this get him down. It’s been 43 years and Bob Wagner’s Flooring America has not only expanded to three locations but has also established the Wagner legacy.

Bob had no previous training in the flooring industry when he first began selling carpet in the Downington and West Chester areas of Pennsylvania in 1975. 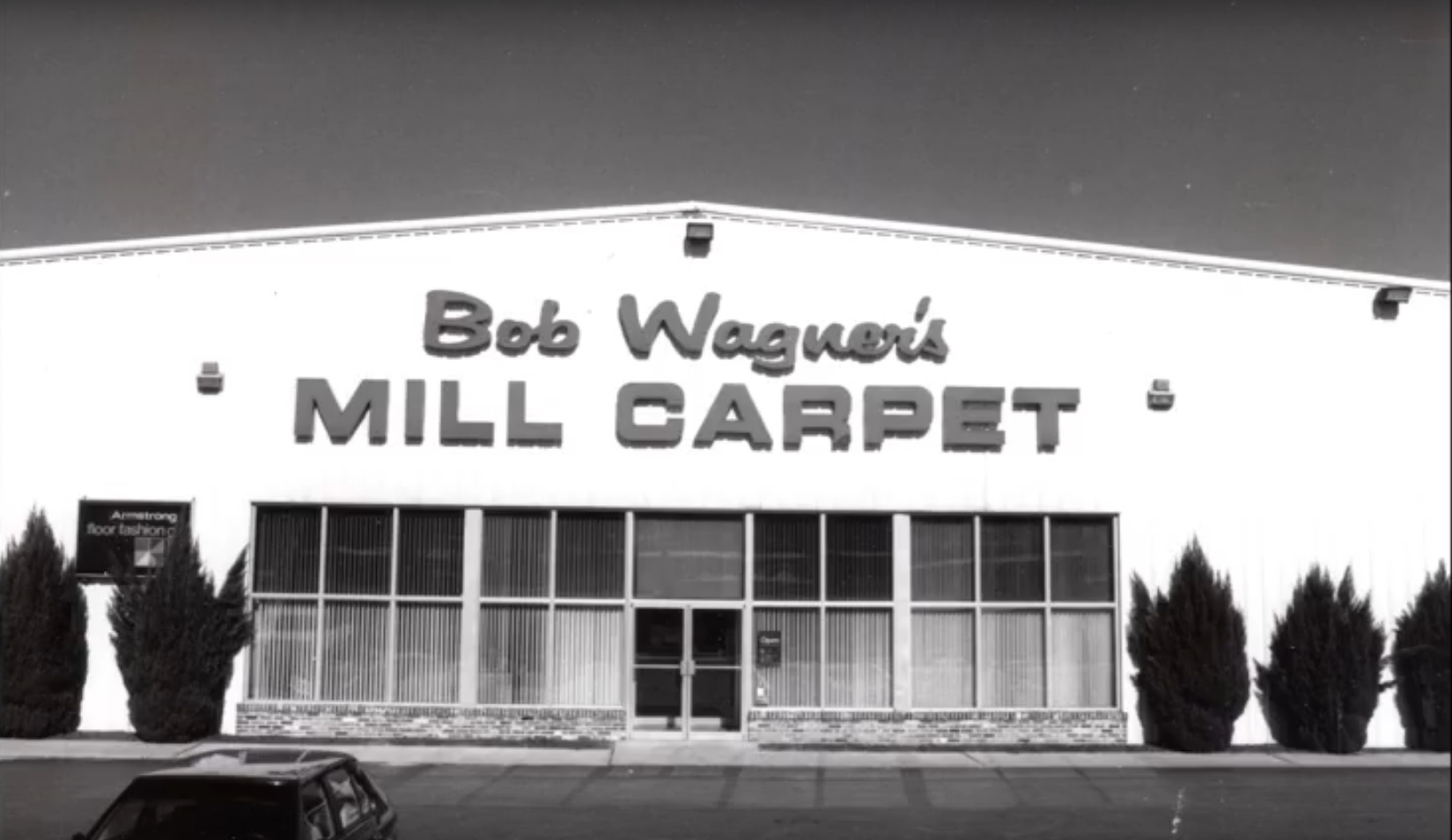 “He didn't know anything other than the fuzzy side goes up and he just started selling carpet. We used to receive carpet at the end of our driveway on my sled, push it down into my parents' garage, and cut it up there. So it was really a grass-roots campaign,” Matt remembered.

Bob’s idea to open a carpet store didn’t begin to develop until after he quit his job which kept him on the road for weeks at a time.

“The story goes, one morning he was leaving for a week at a time, I was a young little kid, still a child, I got hysterical, my mom got hysterical, he got hysterical and he drove off and he quit,” Wagner reflected. “He didn't know what he was going to do but he knew he didn't want to be away from his family.”

Initially, the store began in the Wagners’ garage before being moved to Bob’s parents’ old grocery store location. A few years later they moved to a feed mill location and then in 1980, Bob built the store that is still standing today off of Lincoln Highway in Downington, Pennsylvania.

As a kid, growing up Matt worked in the store during his summers.

“[Dad] put me out on a vinyl crew which nobody wants to install vinyl and you know I didn't realize how difficult it was at the time and I think I probably destroyed more vinyl floors than I successfully helped install,” Wagner laughed. “You know, being the boss' kid [everyone assumed I knew what I was doing]...I was a computer geek and I had no idea what I was doing.”

Matt left the area and the flooring industry for college and began a career in consulting, with no intention of looking back. It wasn’t until he got a call from his father in 1994 telling him that he was selling the business and Matt could have it if he wanted, that he began to reconsider his career track.

“My dad called me and was like, ‘I’m sick of the business, Matt. I’m going to sell. Do you want it?’” Matt remembered. “I had a weekend to decide with my wife.”

Coming back into the business was a fairly simple transition, Matt recalled. His father stepped back from the store entirely and let Matt take the reins but was still there on the sidelines for advice.

“I'm proud of that. He's also given me… a great opportunity,” Wagner said. “I've been home every night with my kids -- and they're growing up -- for dinner. I've been able to coach their soccer teams. Those things I would not have done if I had kept on my track of consulting and being away five days a week. So, I'm grateful for the opportunity and I'm just trying to make him proud every day.”

Bob Wagner’s became a member of Carpet Max in 1998 before they were bought out by Flooring America in 2001. According to Matt, since the switching of cooperatives happened so quickly, it was hard to build a reputation.

“It was a challenge,” Matt admitted. “We changed our name three times in two years, because we were Bob Wagner's Mill Carpet, we adopted Carpet Max, they went under and then we changed it to Flooring America so Bob Wagner's Flooring America. So we've always kept the legacy, heritage of Bob Wagner's in the name but that period of time was really rough because our identity was up in the air.”

Becoming a part of the Flooring America cooperative was a positive experience for Wagner’s business specifically since it has given them networking opportunities that they wouldn’t have otherwise.

“The secret sauce of the cooperative is that the membership talks and works with the membership; they help each other out,” Wagner said. “They're experiencing the same issues, maybe different flavors, different timing than we are [but] it's very, very helpful. The cooperative helps us big picture in the direction. But down in the weeds, sometimes when you need somebody who is going through the same thing, it's wonderful to have a band of brothers to reach out to and talk through things.”

According to Matt, he feels very comfortable communicating with Flooring America’s corporate office.

“They're a phone call away or an email or a text,” Matt said. “I mean I'm surprised how quickly they do respond. They are excellent at that.”

Currently Bob Wagner’s Flooring America has three locations: Downington, PA; West Chester, PA; and Middletown, DE. According to Matt, the most recent opening in Middletown, DE  back in 2007 was the most challenging location yet.

“It was interesting because everybody knew us up here; they had grown up with us. And that was an adventure going to a territory where you have no history; you have to earn it,” Wagner said.

Some eleven years later, the business in Middletown is doing quite well; rated five out of five stars for customer service and quality.

Matt is grateful to the cooperative, as it has not only helped his business but also given him life-long friends; however, he didn’t earn these friends freely, he put time and energy into his relationship with the co-op and got a great network of supporters in return.

“I think some of the greatest friendships I've had in my life are friends that I've established through the cooperative,” Wagner said. “I mean, we do life together. We've been to funerals and weddings and occasions together. And for somebody new in this organization who's just come on board, I mean get involved and give and you turn around and you get. It's great.”